"I get along with guys; most of my friends are guys. It's easier to trust men sometimes. I only have a few close girlfriends that I trust."
- Paris Hilton

The door swung open on the studio apartment. The surprisingly comfortable futon couch was always left folded down, mountains of doonas, blankets and pillows piled up atop it. As we walked inside the familiar smell of tepid bong water greeted me as I poked at the ball of blankets. Reaching for the remote I flopped down on the couch slash bed and lit up a cigarette. My girlfriend at the time went to the kitchenette and started unpacking the groceries. Four bags of Chicken Twisties, four Chicken Noodle cups, four bags of popcorn kernels, two bottles of Diet Pepsi and a magazine about famous people. I still didn't know why she bought those things, it was as if by reading about celebrities, she became one herself. I didn't really care, as I took a long draw on my cigarette, as it kept her occupied and stopped her asking about where I went late at night.

As she started preparing our dinner by turning on the kettle and opening a sachet of MSG chicken flavouring, I lit another cigarette. My eyes darted to the corner of the room, where last week we had stuck pins into plastic Happy Meal toys. They were still sitting in the corner of the room, and were more than likely going to stay there until she had a panic attack that made her rearrange the whole flat. So, in the mean time, I took another long draw on my cigarette and admired the sight of a Pixar movie figurine with a sewing needle in its ribs and a Beanie Baby with a knitting needle through its head.

Wrapping myself up in a few doonas and flicking my cigarette out of the window, I started to channel surf. Nothing but sweet fuckall on any of the free to air channels but I was now too stoned and comfortable to want to get up to put a DVD on. If I had asked the crazy bitch in the kitchen to put one on for me, she would complain about having to stop trying to measure the correct amount of boiling water (by the millilitre) for the noodles, and start ranting and raving about how I smoked the last of the weed.

It would be in my interest to just shut up and watch the news.

All of a sudden I felt the need to take a massive shit. I hated shitting here, it was always very constipated and full of drugs. You know the ones, they linger on your pants for ten minutes and everyone can smell it but just acts like they can't. So I quickly hopped up and tried to walk as slowly to the toilet as I could.

"Where are you going! You can't leave yet, I only just made us dinner!" she said, stirring the MSG into the noodles with the handle of a knife. There was never any cutlery in this house. The spoons were gone long ago, either absentmindedly taken by friends or left burnt and thrown away.

"I'm going to the toilet, do we have any toilet paper?" I asked, rolling my eyes at the thought that she had "made" dinner.

"No.." was the quiet response from her, as she kept stirring the noodles with the knife handle.

I decided then and there I had had enough. Without saying a word I pulled my bike lock over my chest, grabbed my hat and walked out the door. After riding my bike aimlessly for a while I ended up near a backpackers hostel, where I jumped the fence and took a shit in the courtyard, wiping my arse with my sock. I don't think I ever saw her again. She might have gotten famous, she might not have. But in saying that, I might have gotten famous, I might not have. As I unzipped my fly and started pissing into the toilet, I noticed a large log of shit sleeping quietly at the bottom of the bowl. It must have been sitting there a while, as it gave off a pinkish red aura into the surrounding water.

The urine streaming into it made it look like a Tequila Sunrise.

I stood there, motionless, dick in hand, thinking back to the platform toilets in Holland. Using them meant having to stare at a lump of shit sat on a pedestal.

There your waste sits, in the open air, a memory of last nights toasted cheese sandwich with curry sauce. It is difficult to not leave a streaked skid mark unless you build a raft of toilet paper for it to surf on down the S bend on.

But at least with the platform toilet you only are looking at your own, as I thought back to using the toilet in Dubai.

Having to squat over a stainless steel hole, sneakers three inches deep in other peoples toasted cheese sandwiches.

Having wasted enough time staring at someone else's shit, I zipped up my fly, hit the full flush button and went back to work. 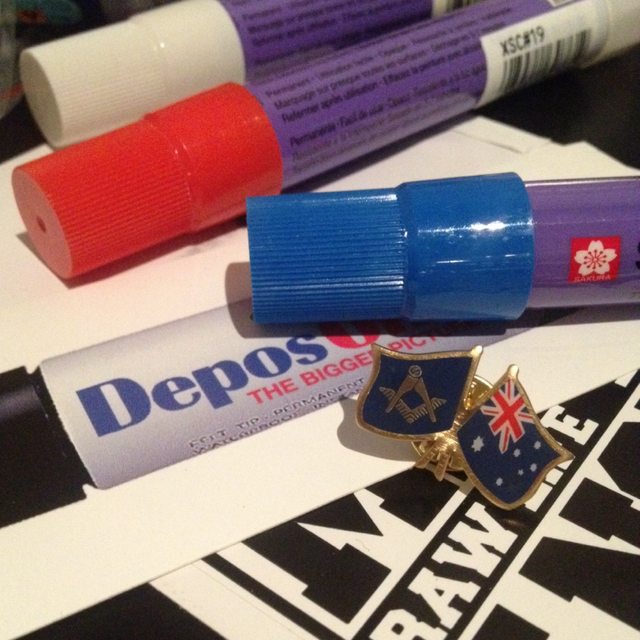 I can't read books anymore. I can't read anything longer than a few pages before my eyes start scanning for key words and the climaxes in paragraphs and dialogue.

I had learnt to read when I was three years old, and my favourite book as an eight year old boy was One Day in the Life of Ivan Denisovich by Aleksandr Solzhenitsyn. In my third year of primary school I used to sit at lunchtime with two Vegemite sandwiches and the Guide to Psychology. I remember telling the girls who wanted to play kiss chasey I was busy.

But somewhere between absorbing 1984 and Brave New World, I just couldn't be fucked anymore. The attention span of modern man has been reduced to four second Snapchat stories and blatantly biased, one sided infographics. My mind will wander, even as I write this, and it goes back and forth to paragraphs and jots down anecdotes, inserting where it sees fit.

My girlfriend suggested the reason I struggle with reading is that my mind has been tainted with life experience. I cannot lose myself in the imagination of another due to the realities and responsibilities of my own. This is a Catch 22, as I obnoxiously expect people to be able to read my work, but I cannot read others.

I can't believe I'm the only writer who has had their mind numbed by the modern age. Are we all just writing stories, painting trains and acting for an audience of others who are just as empty as us, or at least appear to be? Does our own perceived importance in the cult of the personality outweigh the things we yearn to master?

Reality TV as we know it was born in 1992, and heaven help anyone who was born after that.

I took today off work to be able to write a few things. I came down to the coffee shop under my apartment, in a futile attempt to be able to cohesively relay my ideas. But after my third long black, staring at the beautiful people, all I can think about is rolling another cigarette and taking a shit.

I used to sit in bars to write instead, because to be fair, the idea of the writer in a coffee shop is a cliché. The raw honesty of an alcoholic talking to another alcoholic is something that you don't get when surrounded by gluten free raisin toast and feta avocado smash.

Roald Dahl used to be able to go to work, get home, eat some sort of sardine, make himself a cup of tea and write for two hours every night. I get home from work, endlessly scroll through Instagram, listen absentmindedly to pay TV and think about how I have to get up for work the next day. 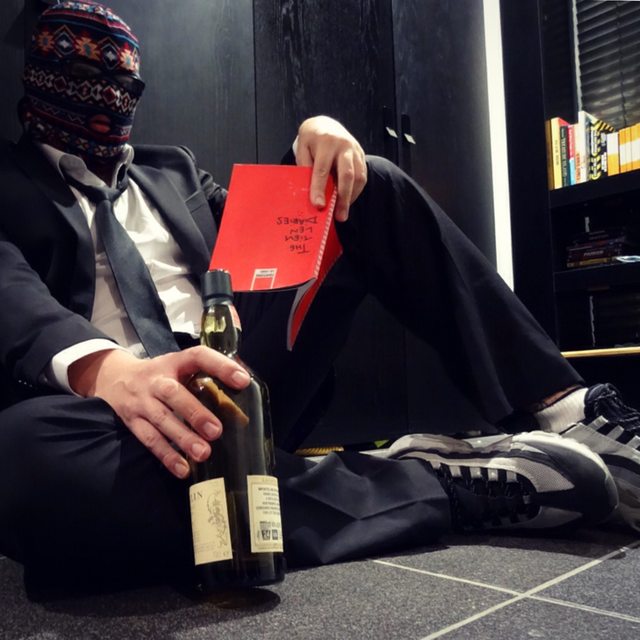 People tend to want to brag about an achievement. And there is nothing wrong with wanting recognition for something you aspire to do. But at what point does the ability to boast about something, rather than the goal you are aiming for, become the sole motivator for undertaking the goal in the first instance?

All I can think of is being fourteen, sitting in the city library watching a VHS copy of Style Wars with some friends, being able to relate to doodling on the paper, or being there and bombing it. Back then in Perth, we had the one writers bench in the middle of town. If you were a writer, regardless if you just scratched windows occasionally or if you painted pieces every night, you'd go sit there while your photos developed, tried to sell acquired electronics to other writers and in general just hang out. We did however have the luxury of having one graffiti shop masquerading as an automotive paint store. If you saw a piece that wasn't painted with a chisel, you knew they had gotten the paint from Monty's. The community was very small. And in some ways, the styles that were born of that era reflected that. There were two handstyles, the "junkie" handstyle or the artfag handstyle. If you had mastered both, you were a king. You could always tell just from looking at a tag when someone was from the Fremantle line or if they were from the Midland line.

But like everything, the scene changes. You either move with the times or get left behind. The saying "You're not old school, you're just getting older" comes to mind. Herald the rise of the internet, social media and the Perth Rail Unit's mind maps of who was lining out who, and who got arrested together.

You didn't have to sit at a bench to see photos, hell, you didn't even have to be in the same city as them to see something that was done the night before. It got harder to tell where someone was from, everyone had seen Dirty Handz 2 or Area 08. You could tell who was in a crew together just by looking at their top eight friends. The cliquey element of graffiti, which was always there, got a lot more apparent and lines were drawn.

But it helped in other ways. Like a piece with seven hundred arrows, connections you couldn't see became tangible. If you wanted a new stainer recipe, jump on the internet. Need an interstate hookup for your next welfare cheque sponsored tour? Jump on the internet. Want to work out the freight timetables? You didn't have to sit in a frosty cold bush worried about getting bitten by a rent-a-dog, just Google a civilian rail devotee forum and troll for content. A new breed evolved. Graffiti had become a more mainstream concept and had attracted people that were otherwise not inclined to participate. Graffiti had always been a contact sport, but now the people watching from the sidelines had every opportunity to become players. Which again, isn't a completely bad thing.

Which brings us back to motivations. When did the flick of a piece, whether it's posted to Instagram or not, become more important than the piece itself? At what stage did passing your blackbook around become less collating styles, and more collecting autographs? The Id, the Ego and the Super-ego, conflicting ideas of self, style, anti style, box cutters, Nike Tailwinds, North Face jackets and foil lined booster bags all lead one to a conclusion.